One of the challenges of studying innovation here in Hive Research Lab is that the word has become so loaded in our discourse. Its ubiquity often 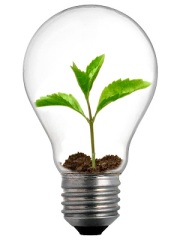 renders it meaningless, and so as researchers working with this idea we need to be clear on what exactly we’re talking about when we say innovation.

The first thing to say about innovation is that, like many other words, it exists in our language in various forms. For example, take these four ways of using the word in context:

So when we say we’re studying innovation, we have to be clear about which form of the word we mean, because that has implications for how and what we track as part of our research process. For the purposes of this post, I’ll focus on the noun form, i.e., the “things” that we might call innovations. (In a future post, I’ll discuss the the verb form, which comprises the actions and processes that lead to those things.)

In reviewing the academic literature, we’ve found five dimensions that are usually referred to in some way when characterizing an “innovation”:

In getting to a definition of innovation, each of these dimensions is something we think about, with a general rule of thumb being to ask ourselves the questions “Is that aspect of innovation something that actually matters to us in studying Hive NYC? Does it do work for us in our investigations?”

While I’ll talk more in later post about innovation processes and practices, one emerging hypothesis concerning innovation and Hive NYC is that membership in the network mediates exposure to, circulation of and experimentation with ideas, technologies and practices relating to learning. Because of this hypothesis, we’re looking to operationalize innovation in a way that allows us to identify innovations in order to investigate the nature of that mediation. The focus on the practices/processes of circulation, exposure and experimentation for us imply a need to use a definition that focuses on perceived novelty and, potentially, perceived beneficence (value-add), rather than some sort of “objective” evaluation of novelty or beneficence. This allows for a greater focus on the processes surrounding an innovation, given that it is easier to decide that something is an innovation and then track how it’s treated and related to without having to conduct an extensive evaluation of the internal qualities and/or efficacy of a given innovation by some objective measure.

Based on these considerations, the working definition we’re using here at Hive Research Lab for usage within the context of studying innovation within the Hive is the following: An innovation is an idea, practice, principle, technology, or other mediational object perceived as new and of value by an individual, team, organization, field or other entity.

Given that definition, there are a variety of things that might then be considered innovations in the context of Hive NYC:

The key here is that according to the definition we’re using, none of the above are innovations by default – it’s always contextual. Does a given organization or individual we’re looking at see one of these are novel and of value? Because we’re looking at a network where there’s lots of experimentation with and circulation of ideas, we wanted to make sure that we could focus on the contextual nature of innovations for different actors, and see how the network intersects with those.

We’ll post soon on innovation processes and practices, which we see as a central part of understanding how Hive NYC operates.